Since optimus-manager wasn't there a moment ago, reboot it once more. Maybe this time it will click finally.

i try that not working. if removing optimus-manager and reinstall it maybe should work!
Edit:

If you want to re-install optimus-manager you should do it in one session, reboot at the end, so do the cleanup of configs:

then disable its process:

Then uninstall with its confs:

how can create this conf file? i don't have it

I don't have it either. It's not needed by default. You only need it if you want to change some default settings. So first check if the actual, default conf exists:

You should get the output:

If not, then something is wrong and that might be the reason that it's not working, then you need to reinstall the package as shown above.

If you do want to customize the original conf, just copy it to /etc/optimus-manager/ and then you can edit it:

You can then edit it directly via graphical program (kate or kwrite) or use terminal:

whatever i'm going to re-install.

For the record, optimus manager is simply changing the content of one conf during the switch:

Curently I'm on nvidia and the conf inside looks like that:

Your should be similar but beware, you may have different BusID and so using this conf above may not work for you and it would make your system unbootable. You have to get the right BusID from some command. I don't know it by heart, I would have to google it.

It is possible that optimus-manager cannot retrieve that BusID for nvidia and that is why it's not changing the conf. Your earlier post showed GPU card as unknown and that maybe the core reason. Somewhere you must set the correct BusID but for that you need someone more knowledgeable than me. Besides, optimus-manager logs should show an error when being unable to switch the conf and show the reason so I'm not sure that is the reason. So far all logs look correct, which is weird and unhelpful.

OK, so that tells us, optimus-manager can create intel conf but fails to do so with nvidia one. The crucial question is why?

Is it a matter of setting properly other components that the script uses? Is this a bug in the script itself that is not handling your situation?

How are you handling tty? We can try out something manually but in case you should be able to revert changes in tty.

I'm thinking about making a backup of intel conf and manually change it to nvidia one, then reload session. However, it is possible that optimus-manager script will overwrite it to intel again. But if it doesn't happen, will at least check if nvidia setup works correctly and you will have at least manual method to switch it for now - a workaround till you won't solve it properly.

EDIT: Show me the inside of the /usr/share/optimus-manager.conf

I just want to be sure that the default conf is correct.

Mostly it looks ok but weirdly you miss that part:

In theory, you shouldn't modify it but at this point, you can add that part after PAT=yes and before #Comma-seperated, so nvidia part should look like this:

Then reboot. However, I don't think it will fix it but you can try.

Check if you have bbswitch installed, for kernel 4.19 package is named linux419-bbswitch. For other kernels, they are named accordingly.

save and reboot, manjaro won't up (i have access to tty2) 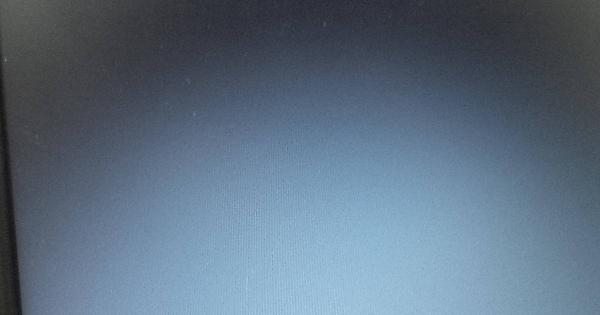 yes i have linux419-bbswitch I think it installed with driver.

Hmmm... in that case the package intelligently adjusted the conf for your system. So go again to the changed conf and reverse changes:

EDIT: By the way I realized that when I'm on nvidia, nvidia-optimus changes also this file:

I'll switch to Intel and check if it changed.

Yeap, on intell it shows only:

Weirdly, now I don't have /etc/X11/xorg.conf.d/10-optimus-manager.conf on intel, so completely reverse as in your case. Although I would swear I saw one at some point...

Maybe.... It looks my default mode is Intel, when I reboot I get always Intel mode, even if I was previously on nvidia. Then probably I get the intel conf. When I switch to it, then it's gone, at least that is my theory now

As to your unbootable system, it may be that the modified conf is ok, but you modifed it with GUI program and they sometimes add some invisible lines that screw config. That is why it's often safer to edit them in the terminal through nano program.

So check if you don't have some extra lines on the beginning when editing:

deleted that part and save now i'm back to desktop.
in

(even switch to nvidia, it's same)
you want I'm add this line on there?

Not yet. Since I know you can handle tty then let's do this experiment.

not work. still in intel. but in new etc/X11/xorg.conf.d/10-optimus-manager.conf
changed

now re-installed and it's same not working. how can back to bumblebee?

Switching method is not bbswitch, if that matters.. (I have no experience with optimus-manager.. yet)

Switching method is not bbswitch, if that matters… (I have no experience with optimus-manager… yet)

It doesn't matter. It defaults to bbswitch anyway without noveau.

now re-installed and it’s same not working. how can back to bumblebee?

I couldn't on my side but maybe you will have more luck.

If it's active and shows now errors do this:

It should open a window with spinning cogs and show fps in the terminal. If not, you will see error that may help troubleshooting further.

If this won't work, we can try to uninstall bumbleebe and drivers then install them again to load correct configuration with mhwd. But first, try what I gave above.