So where can I start. I've been trying to install Manjaro since around 6 hours so far alongside Windows 10.

Windows was first in MBR/BIOS mode.
Manjaro was installed in UEFI mode so that obviously didn't work out.

I got to the point where only one of those two worked, either booting straight into WIN 10 or Manjaro.

Then I went ahead and converted Win 10 MBR to GPT with gptgen.

After I did this, the Asus BIOS didn't even find the Kingston SSD first. I also can't boot into Windows anymore.

So I installed Manjaro in UEFI-mode from beginning and after updating grup, it boots into Manjaro and I can see again the SSD in BIOS.

What is odd now is how the partitions are named after converting to GPT - check gparted: 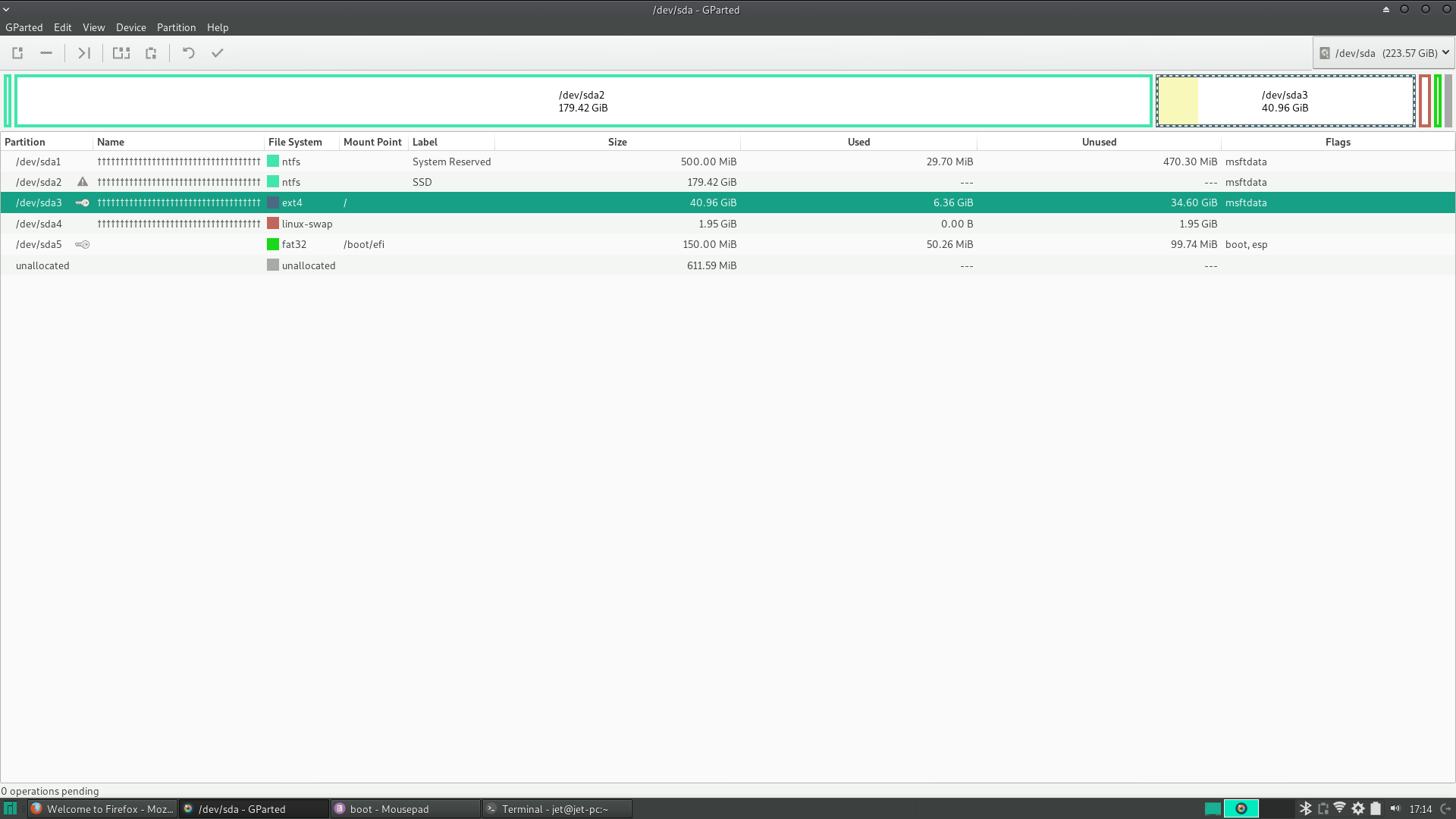 Here are some commands I have run for troubleshooting:

Pastebin.com is the number one paste tool since 2002. Pastebin is a website where you can store text online for a set period of time.

I can still access the windows partition from Manjaro without problems where my files are.

Is there a way I can manually tell the system to look at sda1 for the Windows boot file?

What is odd now is

and as you experience, something was borked..
I wasn't aware you can revert MBR Win to GPT Win on an installed system.

I got to the point where only one of those two worked, either booting straight into WIN 10 or Manjaro.

This means you installed the two in different modes (UEFI - MSDOS).
To have Manjaro see/control Win booting, WinOS has to be in the same mode.
You should have installed Manjaro in Legacy/MSDOS mode.
Now you have to make some hard decisions.

So where can I start.

There are many similar threads to yours, dual boot Manjaro and W10.

I just went ahead and reinstalled Windows, was getting slow lately anyway.

Update-grub did pick it up now and works flawless.

On to the next problem