I use Windows and Manjaro on 2 separate drives. This past weekend I decided to swap which drive each install is on as I'm now using Linux at least 90% of the time (Win was on an NVMe and Manjaro was on a SATA SSD). (Side note: that was quite the learning experience.)

After booting into windows to clone it to the other drive, the update reared its ugly head. It automatically started installing once I wanted to reboot to continue the work in Manjaro....and not only did it take a solid 30 minutes, but it totally rearranged my boot order AND somehow messed with my BIOS where an underline would appear in the top left corner of the screen before the BIOS splash screen for a solid 10 seconds! Mind you that this never happened before and unnecessarily extended my boot time significantly.

from personal experience, windows should never be set to auto-update. boot sector should be kept separate in their respective drives and one simply selects which one to boot from the bios boot menu.

Yea, it didn't occur to me to do so with Win updates with me using it like 5 times a month since last Aug. The boot sectors were definitely on their own drives, though.

oddly enough... those kind of settings must be checked every now and then because at any given moment an update will reset them to default.

just went through it yesterday on my sons laptop, both windoze and manjaro would not boot and windows bootloader was not listed in bios. had to chroot and reinstall grub.

Yea, it's pretty damned preposterous how much MS tries to control people's personal PCs. I get that most people need some help with basic security, but this is ridiculous.

how much MS tries to control people's personal PCs

I work in corporate IT so we are a bit behind the consumer release cycle. About two months ago (so shortly after the 1809 update for us) they changed something in the printer driver management system. So now when manually adding a printer by IP/hostname even if you specify that Windows should not query it and auto-select a driver it will do so anyway, before allow you to continue with the manual setup. This both delays the process and results in a duplicate that doesn't work because the "best" driver doesn't function with out systems.

One remedy:
Throw Windows away as far as you can.
Install Manjaro the way you want it.
Problems solved.

Search for wushowhide.diagcab.
It's a small MS tool that enables users to hide/disable unwanted updates - especially the dreaded feature updates.

I wish I could. Unfortunately, work requirements decree that I need it for things like VPNs that don't support open standards and such.

Yea, I struggle with Windows shenanigans at work as well. Wanna set up a RADIUS server for WPA2 Enterprise? Have fun!

work requirements decree that I need it for things like VPNs that don't support open standards and such.

Are they stuff that you can't just run in a Windows VM?

I've tried setting up a Win VM with my work account, but my corporate account doesn't have an enterprise license and so the system goes un-activated and that freaks people out when it comes to version control and whatnot.

If only creative cloud existed on Linux I'd swap the whole company i work for to it.

Windows from an IT management point of view is nothing short of hell, even with a WSUS setup

Throw Windows away as far as you can.
Install Manjaro the way you want it. 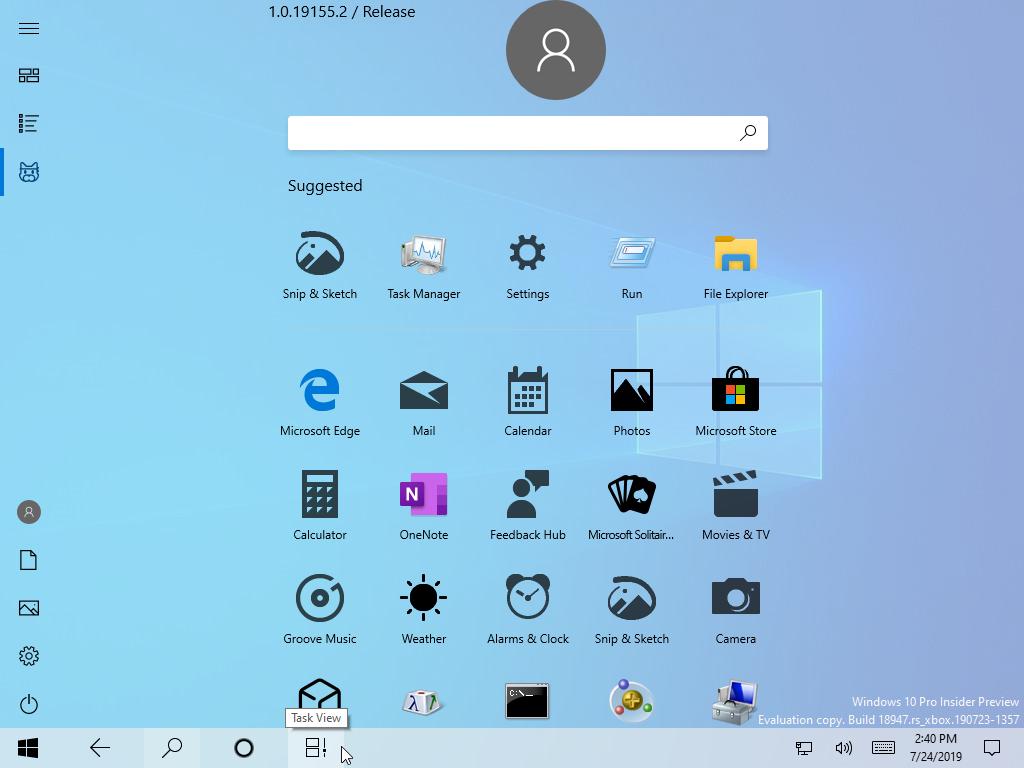 @jiibus I feel your pain. I had to Nuke and Pave my install on my Gaming Rig with the "Creator's Update" last year. Why? drivers were not loading properly on boot. Even after re-installing them.

from personal experience, windows should never be set to auto-update.

Unfortunately, it has been my experience, you can't turn off the auto-update "feature" completely unless you are running Windows 10 Enterprise. Windows 10 Professional allows you to "defer" updates for up to a year, and Windows 10 Home you are basically stuck running the updates as they come.

I get that most people need some help with basic security, but this is ridiculous.

I agree, this is ridiculous, but I think they did it as a reaction to how security updates where not done by users in the past. A security vulnerability would be found and a patch pushed, but the users refused to update. When their average user would fall victim to the security flaw, they would wine and moan to the tech media saying, "It is Microsoft's fault. They should make security updates mandatory". Now that updates are mandatory, these same idiots are saying, "This is BS that they are forcing updates on me!"

I do not know how many times I have heard from Windows users, "The computer is working fine, I do not need to update." When I bring up the security concerns about not updating, I get told that, "I am a nobody. They only go after blah, blah, blah...." Those are usually the first users who call me to remove malware, and it is always Microsoft's fault. TBH, those are the people who help me to keep beer in the fridge!

@anon71843593 Wouldn't you say they stated to copy Gnome back in the Windows 8 days? Especially when they went from a "Start Menu" to a "Start Screen".

I personally look forward to the day that I can finally Nuke every single one of the Windows installs that I do support for. So far, with the impending demise of Windows 7 support, I have been able to move 7 machines over to Linux (Ubuntu 18.04 LTS). That only leaves a Vista machine (I know, kill that install with fire, but the 80 year-old owner of the laptop refuses to let me.) and about 9 more Windows 7 machines.

Yeah they did start the process then but now they've literally stolen the application menu UI layout. At least with W8 it was tiled. But I guess the GNOME developers will be loving this level of flattery rather than being at all concerned. Also, if novice users do eventually switch to GNOME from whichever W10 build they introduce this for, they will be right at home with the layout.

Vista with SP2 wasn't actually too bad but she really shouldn't be using it. I guess the term used was 'over my dead body' or similar though

Yea, I understand very much how MS's actions are a result of people wanting things to just be done for them. I'm in the cyber security industry and agree the job security is nice will likely never go away lol. I just take particular umbrage at the extent which MS wields their power on my computer.

Unfortunately, it has been my experience, you can't turn off the auto-update "feature" completely unless you are running Windows 10 Enterprise. Windows 10 Professional allows you to "defer" updates for up to a year, and Windows 10 Home you are basically stuck running the updates as they come.

I find this helpful.
https://wpd.app/ you can block updates via firewall rules, and disable a lot of the crap.

If you want to go even more indepth, https://community.spiceworks.com/scripts/show/4378-windows-10-decrapifier-18xx-19xx
I use that when setting up new windows machines at my work.