Learn all about our Laptop LineUp for Spring 2020 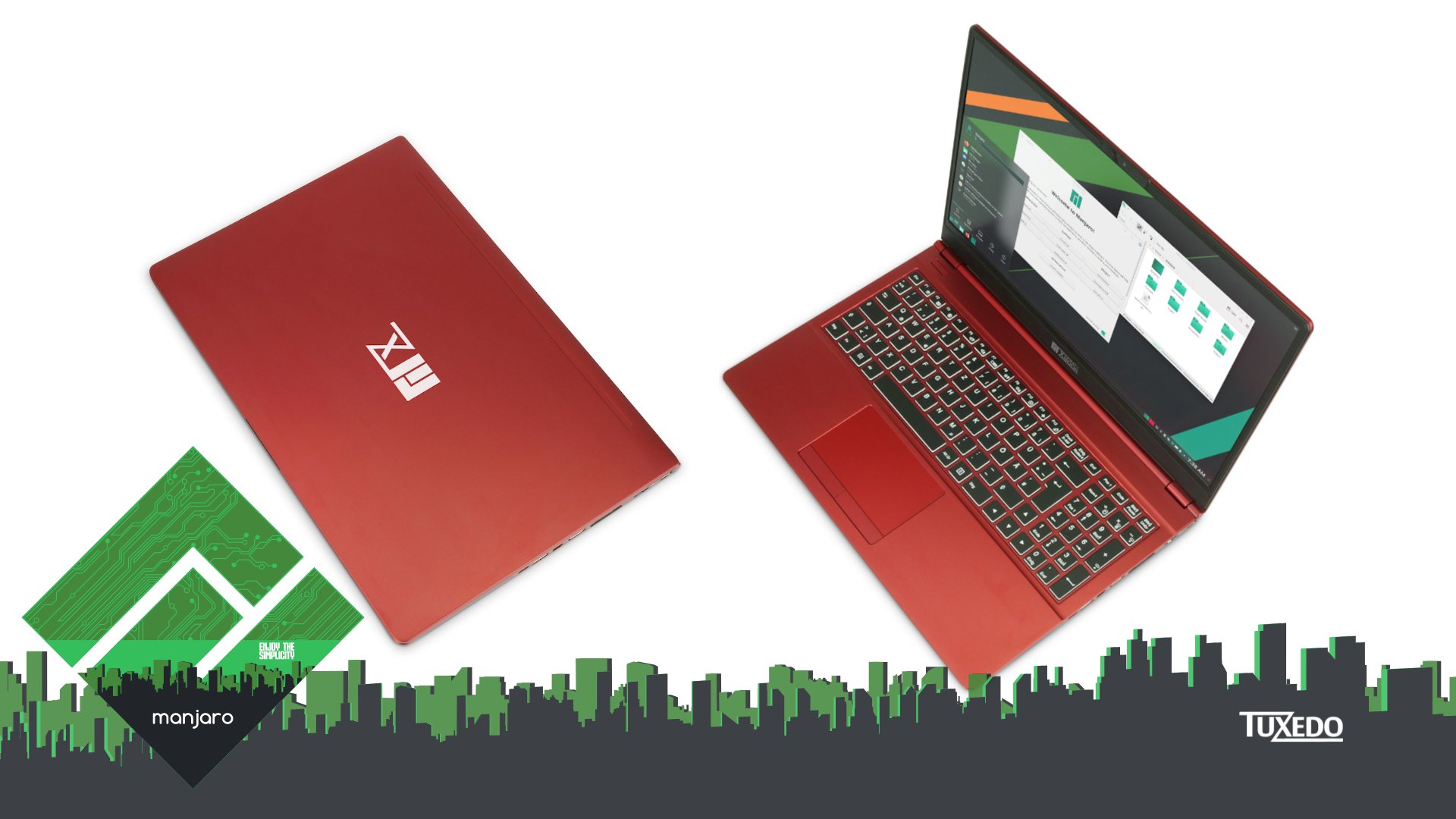 Tuxedo Computers is on a roll. The company has teamed up with Manjaro to tease not one, not two, but several upcoming laptops that will be shipping and optimized.

On this week’s Linux For Everyone podcast, Manjaro Lead Project Developer Philip Müller shared a bunch of details and some tantalizing teases regarding the new laptops, so if you want the full scoop it’s worth a listen:

Hopefully not ridiculously overpriced this time

Red? It would have been nicer if it was the same shade of green as the Manjaro Linux logo.

Anyway, the most important thing is the specs that it comes with.

The more laptop computers with Manjaro Linux pre-installed on it, the better.

Nice to see manjaro ship as standard OS again. Tuxedo seems to have a solid lineup from beginner to pro. The only thing i am missing is ryzen. I know the new ryzen mobile was just released, but i would love to see a AMD option

same clevo laptop, except the powerspec comes with a 144hz g-sync display.

I know the new ryzen mobile was just released, but i would love to see a AMD option

We are currently testing out several AMD models. More or less we might have one end of Spring, early Summer.

Don't want grumble but both logos can be blend better. It looks like Manxedo not like Manjaro powered by Tuxedo or something like that (just example). I mean logos on top chassis.

this is cool. I installed Manjaro xfce on a System76 Galago Pro because back then System76 were the only guys that could source me a Swiss French keyboard. I see now that Tuxedo provide a Swiss keyboard but I'm guessing it might be a Swiss German keyboard.

it looks like it's the same Clevo laptop base as System76 actually. I'm curious, are Tuxedo and Manjaro making tweaks to the firmware?

Anyway, great stuff and well done to the Manjaro team and devs!

As often the devil's in the detail. The hard facts:

So, generally speaking I'm not saying the Powerspec one is bad. It's just a completely different type of setup. Their target group is totally different from ours. And that's why just looking at the price tag might be misleading.

When will the laptop be launched? If I got the information correctly, the "Manjaro laptop" will be this one, right?

Hopefully that price is a place holder...

Not to mention the jobs your firm creates.

points for a representative responding so quickly

. i see what your saying though, microcenter/powerspec requires it to be purchased in store, the 8th gen vs 9th gen cpu while valid doesnt change much from 8>9.

You even have to pay for Windows there.

it comes with the price of power spec which also to be fair happens to be the cheapest i've found that model clevo anywhere, tuxedo charges $150 for win 10 pro. but i could care less about windows, i only added it to the tuxedo shopping cart example to match the powerspec more closely.

with tuxedo, just like with origin or system76 your paying for the support that comes with it. i compared it to the powerspec only because i've found microcenter to be very good with support in the past on a number of products but that only means something if you have a microcenter location near you which IIRC is only in US/CAN.

i think my post might of came across as criticism on Tuxedo but thats not what i was getting at, someone mentioned price and knowing i've looked at tuxedo numerous times i knew low prices were not exactly a priority, but if with a higher price comes full linux support then it's justifiable and makes sense for someone looking for those features and dont mind paying extra for them.

I actually find them pretty hard to blend together... suggestions are welcome!

Cool, give me one day to create some examples worth to show

but if with a higher price comes full linux support then it's justifiable and makes sense for someone looking for those features and dont mind paying extra for them.

Maybe you are not exactly the target group, because you can select and setup your perfect machine yourself.
But think of these topics where you tried to help, but didn't succeed.
Of course, cheaper is always better until you find out that you bought the wrong thing.

But think of these topics where you tried to help, but didn't succeed.

i've boycotted that thread and the three separate pm's i got from that user. the language barrier issue is just too much and iirc is romanian but even another romanian user here on the forum could not understand his drivel

, but yeah, i understand what your getting at.

I think it is reasonable priced, however no one knows the build quality and how long will it last....