Ha ha, you so funny Goh.

well, it really is only a matter of time before Deepin becomes under the control of the CCP as China flips to becoming more ultra-nationalist and the Deepin developers cannot refuse as that would not be good for their welfare or the welfare of their families....however, 15.11 is in the "wild" and has made huge progress in a short time to be a highly efficient (I'd put resource use on par between xfce and kde, and miles ahead of gnome), a lot less buggy, slick, pretty stable, visually appealing 21st century DE....
And this is Linux remember, good ideas don't die, they evolve!
So I hope it gets picked up as is, ironed out a bit, and morphs into a "new" DE called "Deeper" or something. Whoever has the vision (and ability) to do that is onto a winner. (it's worth remembering that it's not too many years ago that KDE was a resource hungry, buggy beast, but with persistence it became what it is today - and a lot of the grunt work has already been done for DDE). Personally, i reckon the deepin dev's would be very happy for that to happen (although they'd never be able to say as much). I'd give it 3-6 months. In the meantime - "hello KDE my old friend, I've come to talk with you again..."

Now, do we seriously rebuke a flippant inane solemn smear or do we go down to that level?
I know, let's do a satire.

deleted, not deleted, makes no difference. Three things cannot hide for long - the sun, the moon, and the truth.

Facts can exist without human intelligence but truth cannot.

And that, is for you.

It was a quote from Buddha, the Fully Enlightened One. Not my words friend.

What if Toni Morrison is the Buddha?
Zen states I should kill if we meet.
(oh wait, check

I installed Manjaro Deeping on my dad's PC from some older iso and it works OK. Kwin isn't implemented there and although I love Plasma and kwin, I prefer the old deepin wm animations, which look more smooth and cool. I can't describe the difference but kwin's effect have somehow no magic.

Deepin DE is quite huge because for an average user it's probably the most user-friendly and the most intuitive. I made an experiment and gave Plasma to my sister who doesn't use Linux, and she was a bit lost, although UI paradigm is similar to Windows. When she tried Deepin DE all was clear for her right away, and she didn't have any troubles customizing and using it. So Deepin DE is not only beautiful, original but also relatively simple, with low learning curve. Linux in itself have higher learning curve so having a simple, easy and appealing DE is a very good thing.

Hopefully, Deepin DE won't close the source and it will become developed for rolling release again.

Since the existing Deepin DE installation is working OK, I'm planning to keep it.

Since the existing Deepin DE installation is working OK,

Deepin DE in my Archdeepin install is also still working fine so far. 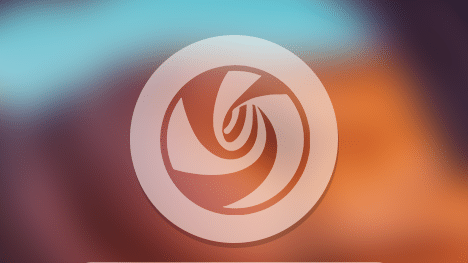 Although i'm super not fan of v20, i guess they are having more serious problems of staying alive in Wuhan with this coronavirus outbreak...

Which means v20 would most likely at least be delayed.

Yeah, I sort of forgot about that for a while... I'm so anxious to see Deepin 20 released for user testing that I forgot it's called Wuhan Deepin and that the town has much, MUCH bigger things to worry about.

Absolutely not true. UOS : Deepin :: Red Hat EL : Fedora, if you understand. UOS is for enterprise users, closed-source, released slowly, but has a support contract, but Deepin doesn't change at all.

Lot of things going on for Deepin : https://www.abacusnews.com/tech/meet-chinese-operating-system-thats-trying-shift-country-windows/article/3075616

For the record the main reason why Deepin isn't based in Arch is because it doesn't support Arm processors, which is required to run on Chinese manufactured computers.

As I was told in the Deepin bug-tracker.