Manjaro LTS (or the idea of slow mirrors).

Or can we simply just choose to update the "slower" mirrors to whatever the state of the rolling mirrors are, every 6 months?

Mirrors are not maintained by Manjaro but universities, ISP's or dedicated users. You cannot tell a mirror - hey - you should only update twice a year - they would laugh in your face.

If you want to do something like that - you can easily do this your self.

It only requires you to create your own mirror - it don't have to be official - just a local mirror - you can then update it when you you deem it necessary.

Then edit your local /etc/pacman.d/mirrorlist and insert your mirror server.

If you don't feel like running a server for it - you can still create a file based mirror.

Then you can install software using that mirror - it will only change when you update it.

Then you can install software using that mirror - it will only change when you update it.

And, when you then update it after a whole year, you can rejoice over all the breakage you'll be getting because of certain changes in configuration, package bundling and dependencies that took place during the year that you didn't update.

I see, so you're saying it would be the same as a pacman -Syyu a year later on normal mirrors.

..I mean .. that just lumps them together at once for issues that might exist. And you might even get lucky and simply skip ones that have since been fixed.

So what that basically means is that you create a snapshot of the evolution of a GNU/Linux system, and then you make sure that you get rid of the vast majority of the bugs in that snapshot, while in the meantime and in the background, the evolution of the software continues.

By the time you've gone through an initial alpha release, several beta releases, several release candidates and then onto the official final release, the only thing that might still be up-to-date with the evolution of the GNU/Linux ecosystem would be your kernel, because it's easier to grab a newer kernel than, say, to grab a new glibc, recompile the whole system against that and then find that it conflicts with the versions of certain other libraries and/or packages you've got on your system.

And even then still, you've just put out that shiny new release full of outdated software, and then you're going to have to keep that up-to-date with new updates because of security flaws that have been discovered in the meantime, and so on. So in the end, your long-term-support release is going to require even more work to keep it in a stable and functional state, and you'll still be left with outdated software.

Now take Manjaro instead. New software is bundled into snapshots and tested, and these new snapshots will contain most of the security fixes ─ the exception being a critical flaw that was only just discovered and that requires that certain components be updated immediately.

The snapshots you're creating are also fairly consistent, because after all, Arch ─ which is Manjaro's upstream ─ has already gone through some testing of its own before those same new versions of the software appear in Manjaro, and then Manjaro applies more testing via its Unstable, Testing and Stable-Staging branches.

Which do you think is easier to maintain? And perhaps even more crucially, which do you think will ultimately leave you with the most stable (and supported) operating system on your computer? The point-release distro that still needs to be kept up-to-date, or the tested and up-to-date curated rolling-release system?

There's a reason why Manjaro works the way it does. There are plenty of Debians and Debian spinoffs, RedHats and RedHat spinoffs already. And then there's always Slackware ─ still receiving security updates, but their software itself is archaic because there hasn't been any new release anymore since 2014. (Their KDE version still stands at 4.2 at installation time and at 4.14 after updating.)

I have played with older installations - how to successfully update an old package selection. When you install from an old ISO using Calamares you get a system with an old set of packages.

You can then test your update troubleshooting skills in a virtual machine.

Please correct me if I am wrong. Since Manjaro has been supported for quite a long time on my machines, so I guess I could consider it as LTS. Something which is different from fixed point release.

Well, no. Technically, the term LTS applies to software that's receiving security updates and bug fixes, but without that the software's version gets updated. This means that the API and ABI will remain the same all along, and that is not the case with Manjaro.

Manjaro LTS is then kind of contradiction in "terms".

Philip experimented with pushing updates less frequently to Stable several years ago, but switched back to pushing them if no issues got reported and the reported ones fixed in Testing.

You got the explanation why it is not feasible to slow down the update cycle of the rolling Manjaro.

Why do people want Linux to behave like other systems? Rants and Raves

The current release model will still exist as we need it for the Manjaro Solid distribution. So depending on the chosen ISO you either have an ALPM based Manjaro distribution with all the options you know since 2012 or you use the new Manjaro Solid ISOs to go more Android-like in regard of package management.

We might provide automated updates with Manjaro Solid, which will use docker and snaps. We also experiment with a new technology to simplify system maintenance by simply installing and adding apps. Similar to what you know from Android phones. System files and apps will be updated fully automated. If a new state won't work, simply reboot to the previous working one. When we have a first version ready you're more than welcome to test it out. This way we hope to get more not so technical users an…

There have been no updates on this idea so far.

security patches for not just Firefox or Thunderbird.. but for every packages because some people still treat security bugs as just another bug and stick to normal releases.

But YOU, won't get them! You will have to wait another 6months to get that fix because you are using a point release distribution (like Ubuntu or your Manjaro LTS

). But wait, you can use a PPA (if you're using Ubuntu) to get the fixes or the latest versions... but then the PPA breaks (Ohhhhooo)! Now you remove the PPA and go back to old version and tolerate the same old software that you are using with the same old bug until the next point release or if the fix doesn't arrive in the point release, wait for the next major release! Do you want Manjaro to be like that too? Many of us don't want our system to be this way! Hence this approach.

Hope this gives you an idea about the issue of point releases and the advantages of a rolling release.

It can be overwhelming if you don't know what you're doing...

Bandwidth wise for you because there will be a lot of updates and GB's to download.

Hope this helps you to clear why Manjaro users won't be interested with Manjaro LTS. Manjaro is really stable and i've never broke my system. I've been using Manjaro for 4 years. I've reinstalled twice, but for hardware upgrades only. Once an SSD upgrade and then a new laptop. Stick to sane defaults if you're not confident (KISS philosophy). Learn from the community (we're awesome) and install Timeshift. You should be fine!!!

We might provide automated updates with Manjaro Solid, which will use docker and snaps. We also experiment with a new technology to simplify system maintenance by simply installing and adding apps. Similar to what you know from Android phones. System files and apps will be updated fully automated. If a new state won't work, simply reboot to the previous working one. When we have a first version ready you're more than welcome to test it out. This way we hope to get more not so technical users an…

@eugen-b - Yeah. Still don't understand why snap!? There are enough threads in this forum who complaints about snap issues! I myself removed snapd recently from my system and saved 10 freaking seconds from my boot! I actually wanted to kickstart the conversation then when I removed snapd about this unbreakable system but then decided to not rant about it since there is no update on it.

But somehow snap is a great technology as per Philm without a good explanation. Snap is neither intuitive nor performance wise good. Hope he changes his mind about snap

Also, hope there will be an opt out if it moves forward with snap, like the option to use the current way of installation.. the normal way (Philm said the current way is needed by the way. But that begs the question, for how long until it will be dropped?) . Or at the very least move to Flatpak which is better in every sense when compared with snap!

Everything has already been said about why it's not happening, but i just wanted to make the following reaction:

People must understand that being rolling is among what makes Manjaro itself !

completely agree. if it aint broke don't fix it

Is this link for snapshots of the unbreakable system Philm proposed?

But why? You already have Debian for that, which is extremely robust and reliable, fairly easy to install and requiring absolutely no maintenance.

What's the point of expending all the effort necessary to maintain an LTS distro, resulting in a worse version of Debian branded as Manjaro LTS?

Manjaro is already great for its particular niche, but if you have different requirements, you have plenty of other distros to choose from.

On the broad side, i understand that having a stable base is appealing, considering the issues we may get right following a major update for systemd, gtk/qt, etc.
But i think many if not most users picked Manjaro because of its rolling schedule and its advantages, knowing well enough about its drawbacks.

yeah i picked it for it's stability and it being rolling release. you get the best of both worlds

I don't know enough - but the link has been published on twitter and in the release announcements - it is based on Nitrux and with the focus on appimages and uses another approach to the system itself.

If I have understood the Nitrux concept it is running comparable to an ISO where you make no changes to the system itself - then adds appimages or snaps for your applications.

The goal is to create a more stable environment with separation of concerns OS is one thing and the apps is separate. 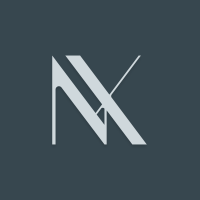 Thank you for sharing your understanding.

Nitrux's website is down now. But I will check them out soon when they are back.