Well I already had The Incredible Adventures of Van Helsing for Windows. So I enable Steam Play for all titles and D/L the game and IT WORKS!!!

Play any game under Linux? Yes thank you. No barrier to Linux adoption for most users now.

As far as non-native things go, think of this like a common framework or virtual machine (CLR, JVM, etc.) but for games. Developers can make games more easily. Win-win.

Then, when more people are using Linux in general, game devs have a reason for targeting native Linux.

Let's see how this works... so many games I haven't played for ages because they're Windows-only.

Also, it may end up restoring functionality for games where Linux support has broken (e.g. Torchlight II).

I spent ~6 hours yesterday getting a modded version of Baldurs Gate II EE to run on linux.

It probably would run just fine in steam play and wouldn't have required me to create an additional fielsystem to mount the game files in.

i only get a black screen.
because you need the latest (at least Nvidia) gpu driver for it, is it possible the open source amd drivers are not ready for DXVK yet?

Or maybe the game doesn't run w/ protos... It's a beta feature, with a little list of products supported. Give them time, man

is it possible the open source amd drivers are not ready for DXVK yet?

these packages are dependencies of steam-native, which means everybody who installs steam already has all needed gpu driver parts.

It’s a beta feature, with a little list of products supported. Give them time, man

of course this is entirely possible.
i will play around with it when i have some spare time...

Since I have bumblebee so Vulcan won't work for me, I can't try it myself but I'm still excited.
Can someone try it and report here their experience? This is still limited to chosen titles but it's a start!
Thanks! While Linux gaming has steadily evolved over the years, the number of titles on Windows far outnumbers the amount on Linux. There have been ways to get around this, using compatibility layers such as Wine (Wine Is Not an Emulator) - but Steam is now...

There is am active discussion on this topic, here:

This is basically my fear as well. However, it is hard to see the future. It could have the opposite effect as well. Getting more gamers to switch Linux which drives more developers to develop for Linux natively.

whats new ?
Proton this allow to play all windows only games with linux
what is it?
its an Wine esync dxvk wrapper?

what i need to do?

set Enable Steam Play for all titles and restart steam thats all.
is Proton 3.7 not here install it from source or AUR

But the more I think about this, the more I think that this is bad for Linux gaming in the long run.
Sure, the currently released Windows-only titles are now playable under Linux. GREAT.
But what incentive does this give game developers going forward?

This is merely an imaginable outcome and we can think of many of them, each would be different - all have no realistic base.

Since there is a vicious cycle this has a strong potential finally to break it.

Steam being able to play more games on Linux, especially triple A games allows many users to finally use Linux. Sure, many say that if they could play their games on Linux, they would switch, they won't, or at least not so quickly and not so easily. Still, this improves situation and allows for more Linux games as the biggest obstacle starts melting. More Linux gamers mean also higher importance of the whole Linux ecosystem. This Proton won't be issue-less but with more users on Linux, it will drawn attention from various sides and that should improve Linux support because native games may run better in the end.

To gain this momentum it will take some time and big game developers won't switch immediately. At some point they will realize that developing games platform agnostic is not a big deal but offers some perks that they didn't see before.

We also have a whole load of already published games. Expecting developers to update them all to Linux is just unrealistic. Having those games on Linux is a huge deal. Without it, for years people would have excuses not to switch.

Voting with wallet is a nice concept but it only works when a group has enough force. We currently don't have it so you can vote with your wallet all you want, this won't change much for companies who develop triple A games. This may work but would take so much time, potentially over dozens of years. With existing games potential support this is like a bomb.

Now a lot of depends on the Linux community and Valve's marketing. Linux community can destroy lot of positive things... like it was with Witcher 2. This is the reason why we don't have Witcher 3 on Linux natively. So let's hope that:

Breaking barriers is the way forward so I think it will be good for the future but not sure if it will speed things considerably or not.

Well I for one welcomes this due to allowing me to play games that I otherwise couldn't.

Thank you Valve for offering this.

They look at Steam, and now the Steam Play / Proton approach and decides to make a Windows game using DirectX 11/12, because that’s what the developers know. Because Proton now translates that to vulkan, they have now “granted” the wish of running the game on Linux.

Hope the development of DirectX 11/12 to Vulkan translators bring to wider ude of Vulkan, especially before compiling games

Doesn't nvidia x-run support vulkan? I don't have windows games so I can't test it.

Yeah, I found it, nvidia x-run is a way to use Vulcan on hybrid graphics but I never researched topic more. But now I maybe should. There is stronger incentive to do so:

Do I need to install Proton from the AUR for most Windows games to work? Or did the Steam Client already took care of that for me?

When you opt-in to the steam beta all is taken care of. =) 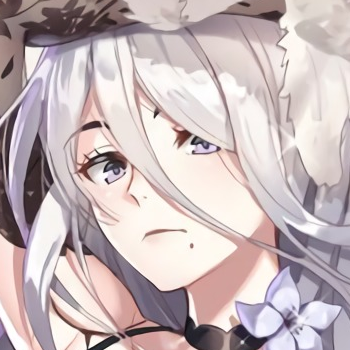 p.s. friendly reminder DXVK is the "miracle" of all of this is, not because Vulkan is magic in itself - it's just a skilled AF developer working on the translation layer all days can do everything.
Especially when he has not to bother with anything but actual games.

I think this is great. It should eventually allow me to do away with my Win7 gaming install(s) & just run Linux/BSD.

There is maybe the potential here for a drop in the cost of overheads, which could bring down the price of some games too.

It is great that Valve is doing this. They have caused a lot more games to be released for Linux over the recent years. But there are big game houses out there that really don't care about Linux, as to them Linux is not worth the trouble.

This must be the best solution that Valve could come up with in that regard. Good on them!

I haven't read the details on this elsewhere yet - will you be able to use your steam games that are installed on a windows partition? It will be great if we can just "easily" copy the data over.

As it stands it is a pain to copy those games over to a Linux file system partition? I know you can do that now, https://itsfoss.com/share-steam-files-linux-windows/

It is starting to look like I may need another HDD/SSD for my games now.