No sound even though device is recognised, in use, and set up correctly.

After doing tons of searching I found a solution that sort of helped, it was to run

This initially immediately solved my issue, but the next time it stopped working I had to run the command several times before it worked, and now the command won't fix it at all.

When the issue first popped up, I remember I temporarily got my audio to work by reinstalling some packages, some alsa ones and also pulseaudio, now that's not working either.

Additionally, the speakers (only when not working) will crackle and pop occasionally, and every time I unload and reload the kernel module, it sounds like someone is hotplugging my speakers.

Additionally, pulseaudio, or alsa, or whatever actually monitors these things, CAN see when I plug and unplug the speakers. The playback option goes away when it's unplugged.

The same situation with the front jack as well. 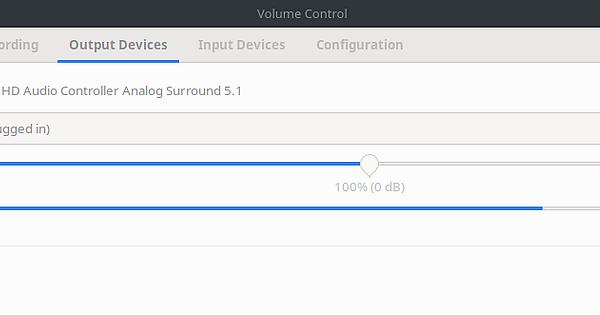 Oh, the command worked again, after not working when I ran it DOZENS of times. And everything looks the same.

I'm really at a loss.

Now it stopped working randomly while listening to music, I didn't let it suspend or anything.

I ran the command again, and the audio came back, but then it immediately went away again.

I ran it again, and it played for about 1 minute, before stopping again.

This is really weird. Could it be a hardware problem?

Ok - well a completely useless addition to the thread here - but I got sick with audio problems, back in 2009 - if it didn't crackle or hum due to cable routing (I had wires connected from my Amp to the PC casing and a cold water pipe too).

Is there no way you can just run HDMI to a receiver?

That might be the best "solution". I have HDMI seen as an audio device, so and I think that with a little research I could find an audio splitter that's compatible with my speakers.

Hi there, and welcome to the Manjaro Community!

My setup is similar to yours -- I have a ASRock X370 motherboard but with a Ryzen 5 1600 and a Nvidia GTX 1060, and I also use analog output. But sound works completely fine on my end.

How long ago did the audio issues begin to crop up, and did it first appear randomly, since installing Manjaro, or as a result of changing settings?

Did you get any error logs in journalctl related to ALSA and/or PulseAudio?

Thanks! Been using it since around 2018 after some distro-hopping.

The issues are brand new, because this is an absolutely fresh install on new hardware. It's been happening since day 1, and this is day 2.

This is the output of

I should also mention that I tested it live again, and the sound still stopped after a suspend, and the same command would bring it back after a couple of tries.

In case you don't know, the grep command after the pipe (|) lets you search through journalctl based on the characters you provided.

And as for your inxi output, it turns out that my motherboard has a different audio chip than yours despite having the same manufacturer and probably the same chipset series.

Sorry about that, simple mistake.

Also, I've ordered a USB sound card, it should be here in a couple of days.
That may be the best solution.