I have a little Asus netbook E200H. 32bit UEFI, Cherry Trail processor, strange sound card. All in all, pretty bad hardware to run Linux, but with the recent advances in hardware support with kernel 4.x I've been able to solve all of it's problems except for one.

The device has 2GB RAM, but Manjaro reports 1.8GB. When you deduct the shared video RAM, it's even less. However, it has an eMMC, and while it's no proper SSD, it's hell of a lot better than spinning HDD.

I've noticed that as the RAM fills up the device slows down until it hard locks and needs hard reset. In fact, if you fresh boot a system, open long video in YouTube and let it run, initially it works flawlessly but as, presumably, the video buffers to RAM the device slows down and freezes. Solution to me seems to be to get the system to swap to the eMMC storage. So, I installed systemd-swap and enabled it, but no matter how full the RAM gets 'free -m' shows that the system is not using swap. For exampe, this happens:

I don't know a huge amount about RAM management, but it seems to me that at 24MB avaliable and system so slow that it's almost unusable the device should be starting to utilise swap.
I used Mint for a while before this, and althrough the issue was there as well, it happened a lot more rarely, so I know there's improvements to be made.
Any suggestions on how to get it to be more liberal with swapping?

I have not modified /etc/fstab from the default (yet). My understanding was that this is not required with systemd-swap.

Sorry I didn't notice the comment that you were using systemd-swap.

No, I don't have a swap partition. I'm trying to use systemd-swap as per instructions found on the Arch Wiki to swap to a dynamic swapfile.

I like this approach better than partition because dynamically resized file is a lot more flexible than a partition when the eMMC storage is only 32gb in itself.

Yes, I can understand that with limited storage. I did not notice that comment initially. I've never used systemd-swap, so I really am not the one to offer advice in that area. I do know the setup is more complex than a static swap partition.

I got rid of my swap partition and created a /swapfile following this procedure : https://wiki.archlinux.org/index.php/swap#Swap_file I recently saw this : https://linuxize.com/post/how-to-add-swap-space-on-ubuntu-18-04/ On the Arch wiki, the fstab instruction is : /swapfile none swap defaults 0 0 on the ubuntu one : : /swapfile swap swap defaults 0 0 What is the difference ? What is the most appropriate ? 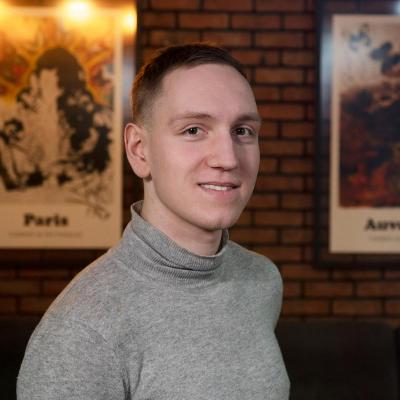 Yes, I can understand that with limited storage

Not very difficult to setup as SGS illustrates, the main issue can be to check hibernation ord swap leftover in grub & hosts.

It's efficient with any storage size.
Today, I run on this :

There are some recently written instructions on the Manjaro Wiki for automating swap with systemd-swap. Could be worth giving them a try.

https://wiki.manjaro.org/index.php?title=Add_a_/swapfile#Automated_Swap_Management_with_systemd-swap Make sure to first undo whatever changes you made following the Arch Wiki first so that they don't conflict.

(Although not necessary it may be worth reading/experimenting with the Tuning and Performance Considerations section that follows to customise the swapping behaviour - how soon and easily swapping will occur - to your own needs.)

Thank you to all who replied. I've solved it, although I'm not certain what did it.
Even through I had restarted the system after every config edit, and my systemd service was showing as 'active (exited)', the swap did not actually start working until I had issued

Following that, the command 'free' shows 511MB of swap, and having increased swappines the system starts swapping when it has less than 400ish MB (which is probably too high swapiness, I'll have to play with that). It also dynamically increases swap size when needed (I've pushed it to 2gb of swap) which is such a beautifully elegant solution maximising performance while minimising disk utilisation that I'm still in awe.
And of course, I haven't had a hard freeze since swap has been enabled.

Thank you all so much for your support.

I'm not certain what did it.

So I changed the Titel to [SOLVED].