Welcome to our tenth stable update for 2019. So what do we have with this one?

We hope with all these changes Manjaro to be more efficient for you all.

Get our new T-Shirt collection #CLT2019! They are the latest design we did exclusively for Chemnitz Linux Days.

A detailed list of all package changes can be found here.

and a reminder for everybody... now is a good time to BACKUP YOUR DATA.

Those extensions are not in active development anymore and may not work properly (or not work at all) on Gnome 3.32. Notably, it has been reported that using Topicons Plus on Gnome 3.32 may leads to very high CPU usage.

We strongly recommend you to disable those extensions if they are enabled (Tweaks > Extensions) and remove those packages with your favorite package manager. To prevent potential problems with the next version of Gnome, you may do those steps (or at least the first one) before upgrading your system.

There is currently several problems with Gnome 3.32. Here is what we know so far.

1. Possibility of broken extensions
Broken extensions is something to expect when transitioning between major versions of Gnome, especially if you are using extensions that are not shipped by default on Manjaro Gnome. If you have a broken extension taken from somewhere else than Manjaro official repositories, you will have to contact the maintainer on the source you have taken the extension from to get more support. You may also want to report the problem to the developer(s) of the extension (if not the same person/group).

It is possible that extensions become so broken on Gnome 3.32 that it makes Gnome Shell crash completely when trying to log in, thus making Gnome completely unusable. For example, we have a report of such issue with a third-party extension (that doesn't come from Manjaro's official repositories) called Extensions.

To decrease the risk of breakage (especially if running Gnome extensions that does not come from Manjaro official repositories) and make the upgrade smoother, you can disable all Gnome extensions (Tweaks > Extensions) before upgrading your system, then enable them one by one only after being logged in a completely new session on Gnome 3.32.

2. Using world clocks can break Gnome Shell completely
If you have configured world clocks in Gnome, it may make Gnome Shell segfaults and crashes when trying to log in for a graphical session, making Gnome unusable. If it happens, you will need to reset your parameters for world clocks with the following command (do it in TTY): dbus-launch gsettings reset org.gnome.clocks world-clocks.
See this Arch Linux thread and this ticket from upstream.

4. Miscellaneous
Some programs don't get focused after being launched. Reported to upstream and confirmed for distributions other than Manjaro too.

With version 3.32 of these programs, upstream changed the icon used for many programs part of the Gnome Applications. Instead of using a generic icon shared by many programs, they chose to ship a new icon and use it. Therefore, launchers located in /usr/share/applications (.desktop files) for those programs has been modified to use the new icon instead of the generic one. Here's an example with Gnome Terminal.

Since your icon theme most likely doesn't have an icon named org.gnome.X, it falls back to the hicolor theme instead. This is why the icon changed after the system upgrade and "your theme is not applied anymore for those programs."

There is nothing you can really do for now, except living with it for a while. Icon theme designers will have to adapt their theme to the changes made by Gnome developers.

Yaourt has been removed from our repositories completely. We won't maintain the yaourt package anymore, which means that you will not receive any updates from us for this package. A very old package named yaourt-gui-manjaro has been removed at the same time too.

If you are still using Yaourt, we strongly encourage you to switch to an alternative like Pamac CLI (package: pamac-cli), Trizen (package: trizen), Yay (package: yay) or Pacaur (package: pacaur); and uninstall Yaourt from your system.

In addition to that, we have dropped support for several packages that depended on yaourt: allservers, pacli and pacli-jwm. Those packages has been removed from the official repositories completely.

Normally, the permissions of the /var/lib/AccountsService/users/ directory get ajusted automatically to the one in the package at the next boot.

If it doesn't, you can change the permissions manually with sudo chmod 700 /var/lib/AccountsService/users/.

If you are still using Yaourt, we strongly encourage you to switch to an alternative like Pamac CLI (package: pamac-cli ), Trizen (package: trizen ), Yay (package: yay ) or Pacaur (package: pacaur ); and uninstall Yaourt from your system.

I'm curious why pacaur is still recommended since, to my knowledge, it has been unmaintained for a while now

Edit: pacaur is maintained by a different developer, the repository can be found here

I’m curious why pacaur is still recommended since, to my knowledge, it has been unmaintained for a while now

Not all heroes wear cape. 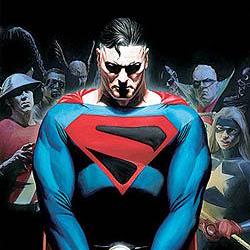 An AUR helper that minimizes user interaction. Contribute to E5ten/pacaur development by creating an account on GitHub.

(This is the guy maintaining pacaur on AUR currently. https://aur.archlinux.org/packages/pacaur/ )

The last update went well.
No problems at all.

Why should it be different?

could you please update nvidia-utils to 418.56 as ck kernels need it.

Got this message in Pamac after update:

almost all repos are updating.

That's par for the course when you have so many repos to pull updates, all individually updating their packages on their own schedules.

It is preferable to have the update announcement sooner rather than later so that those who can/do update sooner can know of potential hurtles before they update.

You can either wait until your repo(s) are finished updating (usually less than 24 hours), or use sudo pacman-mirrors -f 5 to switch to some of the repos that have already updated.

Got this message in Pamac after update:

Yeah, we got this in Testing too.

Somehow, when doing ls -l /var/lib/AccountsService/ after upgrading in Testing, I noticed that the directory has the same permission as in the packet. Huh. Oh well.

In Testing, we didn't try to analyze what happened. We just let it be.

Update for Gnome + Kernel v5.0.5 went well. Besides the given extensions, I also use the Wallpaper Changer and it didn't break after the switch to Gnome 3.32. It also feels snappier than v3.30.

Besides the given extensions, I also use the Wallpaper Changer and it didn’t break after the switch to Gnome 3.32.

But considering how much extensions there is for Gnome out there, and that they might not be all maintained equally well, and not necessarily maintained to work with the lastest Gnome available, it is better to warn people that extensions can break on Gnome 3.32.

If it doesn't, cool.

If it does, well, that's sad, but at least it was (more) expected.

I'll update my laptop later, but i guess it will just update fine ;D never had any problems with updates on manjaro <3 great job guys

Got the following after all the downloads were complete:

Maybe it's just my impression, but the dock, the volume pop-up, the workspace switcher and also the alt-tab seems have the old dark blue color. The rest of the shell-theme is updated , I mean, the clock/calendar menu etc. Does anyone have the same problem?

Update went well but it was the slowest update I have ever taken. It took over an hour.

Should I write something different ?

Removed the offending files, re-updated without mishap, rebooted and all is good.