I am happy to announce another Stable Update. Mostly we have updates for our second release candidate of Manjaro 18.1.1. 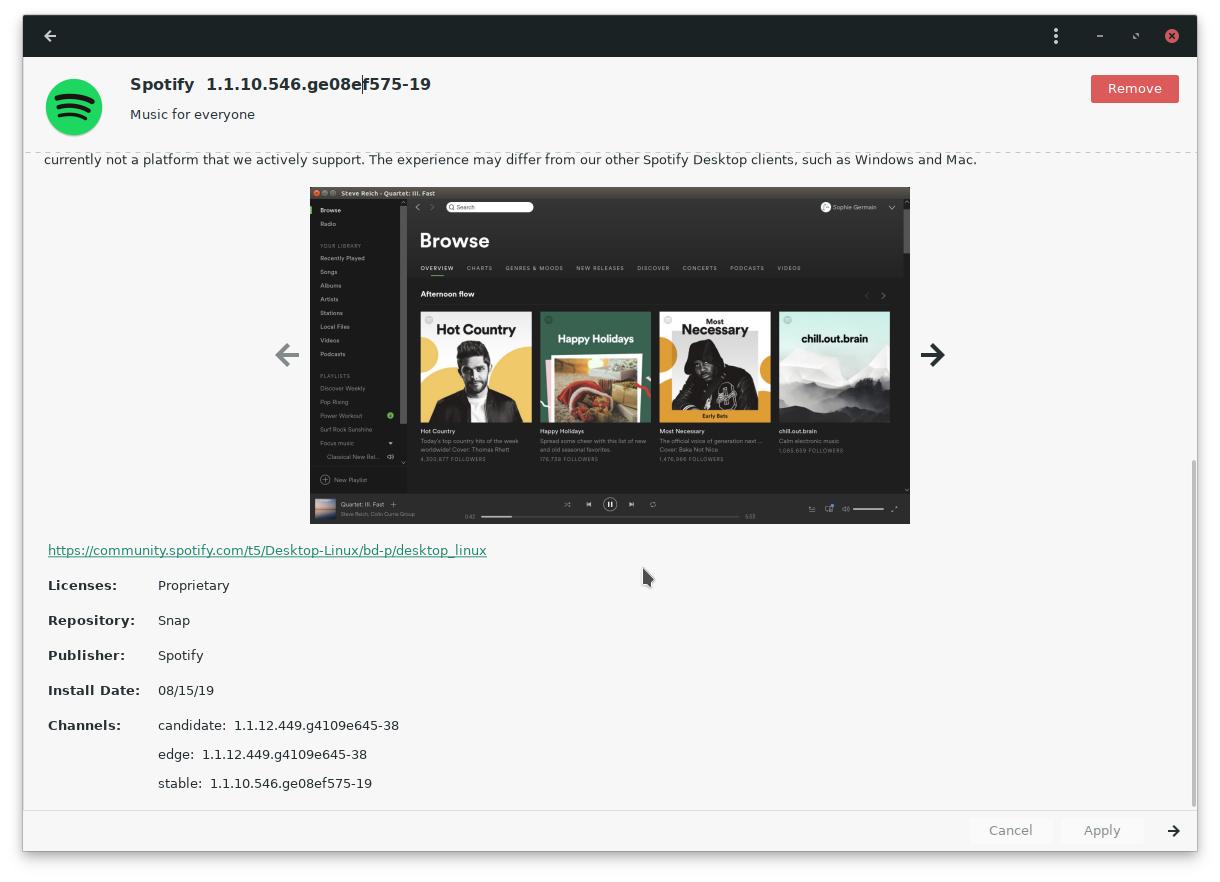 xfce4-power-manager does not open / upower fails

linux51 is EOL and has been removed from the repositories. It will be replaced by a metapackage which will from now on keep you on a maintained kernel.

If you want to keep the old kernel and modules then include them in your pacman.conf's IgnorePkg.

Downgrade to 19.0.3. This experiment is apparently a total failure and from the responses it's not worth trying to improve the wider ecosystem.

With the 19.2.3-1.4 package, pip now includes by default the --user flag for all operations. This will help prevent file conflicts caused by sudo pip install.

This will work correctly within any venv environment or anywhere Python's ensurepip functionality is used. It may break e.g. Conda environments.

To revert to "normal" behaviour simply edit or remove /etc/pip.conf to remove user=yes.

Since time immemorial people have used sudo pip install to work around permissions issues rather than simply use pip install --user. There are long, years-old discussions to address this upstream as well as other approaches to add a separate directory for modules installer with pip. However, there appears to be an easier way to default to using --user. To test this you will need updates to two packages, filesystem-2018.9-3 and python-pip-19.2.3-1.2 (both currently in unstable). filesystem-20…

Pamac-Qt is not compatible to 9.0 API of Pamac

It's not quite obvious but I think I could find the source. For now it's much more important to adopt the logic of app to upcoming 9.0 release

the pkgver 19.10.1 ship with an hook to remove the capability from gnome-shell. A message is present during install but essentially you need to reboot the system to show correctly the icons in the desktop. More info here

The update went fine.
But I had to reboot the system via console and "reboot".

If i look for updates with

there were no updates.

i refreshed the mirrors and no updates
Than i looked with

Kinda serious though, I would love to see the option for non-radeon machines

mesa is always compiled with LLVM and is also used by non-radeon machines. I am not sure how to understand your point.

the importance here is that Navi10 requires llvm 9 to work, and that was the last missing piece in stable to be Navi10 - compatible (and of course mesa needed to be recompiled with llvm 9).

Edit: The kernel already has the option to be compiled with LLVM: https://www.phoronix.com/scan.php?page=news_item&px=LLVM-9.0-Clang-9.0-Released

after the update didn't worked i downloaded a installation disc. new install was succesful but today was another update. after downloading and restart the system hang again. i checked my bios settings and they were corrupted. the first boot device was a ghost entry. changing to the right boot order didn't fix the problem. manjaro kept broken. no boot nothing.

Create help topic and describe how you installed the system and PC's specs. Maybe some kind fellas will help you.

Hmm, we might need more information to help you out. Also which packages get updated on your system. Depending on the installed desktop environment the result may vary.

i'm using plasma/kde. it was a efi install with gpt . i have no further information because the system hangs at the bios. i wonder that the bios settings had been changed after the update from today. i was checking the internet and it seems that i'm not the only one with this strange behaviour of the restart.
i'm just an ordinary uswer. i will try the installation these days again. if you can give advice what to check i would do so.

Normally we don't change any settings in your BIOS. KDE is also one of the robust editions we have. So we have to see. Simply try if KDE 18.1.1-rc2 boots on your system.

Just a comment. Cannot help notice all of the "lib32" updates on my otherwise 64 bit system. Might think of cutting lib32 out of installs if possible also reference to using radeon on my Intel machine, Just saying.

i know and that's what confused me. there's no reason to change the bios settings. what really confused me that this entry was a ghost entry. usually there is a name of the booting device like cdrom or the harddrive's name. but this was a total empty string.

All my local plasmoids vanished. Weird. Easy to reinstall, though, so NBD.
Still got link-flap with my Intel gigabit Ethernet unless the profile is 100Mbit/s or half-dulpex when using kernel 5.3.6.
Everything else = wonderful. Still my fave distro ever.

Updated successfully and switched to the 5.3 kernel as well. I am rather surprised that my 10 and a half year old dying Lenovo laptop still runs well with Manjaro.

warning: pamac-qt-0.3.0-2 is up to date -- reinstalling
resolving dependencies...
looking for conflicting packages...
error: failed to prepare transaction (could not satisfy dependencies)

my first update ever, everything went fine (KDE)

Dear Philm, I have a feature request, is it possible for you to include the timeshift package in the XFCE boot media. I am requesting this since at present its packaged with GNOME boot media that I tested. This could be really helpful for someone who has created Timeshift snapshots and due to some issues with updates etc the system wont boot anymore. In such a scenario the XFCE boot media can be used to rescue/restore the broken system to previous working state easily. I had faced an issue myself and the I had to boot XFCE usb, then connect to internet and then install timeshift on the live environment to restore the system. This may not be always possible if someone has no net connection without proper drivers. Thanks for the wonderful distro which helped me move away from Windows.

We will look into timeshift and will provide it with 18.1.1 install medias.

Currently pamac-qt is not compatible with Pacman 9.0. To update your system, please uninstall pamac-qt for now.