After some trials it works fine on my KDE-Computers. Thank you!

Same here. Firefox and Thunderbird are blaming about setting them up as default apps.
I'm using KDE.

How do I change to single click in Dolphin. I use a touchpad. Tap to click is activated in the system settings for the touchpad.

This update removed all my setting for Yakuake - my primary terminal. Because I am partially blind I use larger fonts than usual and make the fonts green. Now they are smaller fonts and the font color is white.

When I select "Configure Yakuake" there are only "Skins" and nothing about font settings.

Does this mean we had "Skins" forced on us and the font settings taken away?

Thanks for the update. No crashes or hangs so far.
Firefox default issue as reported before.
Also Konsole default profile got reset and at first it refused to get saved - finally somehow managed.
Also wine-staging doesn't detect anymore wine-mono as reported before (so if you need .NET for anything with wine... then wait with the update(?)).

After starting, it is still necessary to enter the password a second time in the KDE wallet before the WiFi connects. This has been the case for several updates. How can I fix that?

Check yakuake/konsole profiles.
There were reports that the default profile was somehow changed/reset.

This just got integrated in latest update for manjaro-system-settings. 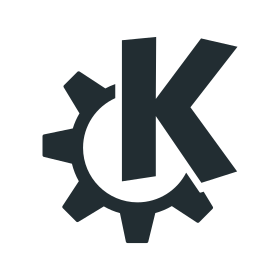 I have some problems with the timeshift. It's stuck in rsync.
My bootime increases 1min +- in SSD, lvm2-monitor.service is the most stuck in boot... But I can't mask this makes the kernel-panic on the system. Can anyone have similar problems?

You already know this is not the place to open a personal thread, don't give moderators unneeded work to move your thread to the place you pointed twice in your introduction.

Here's a reminder how to post for help.
First read this post, it tells you step by step on how to provide people with the information they may need to help you.

How to provide good information in your posts?

Then either post your question here if you need assistance but are familiar with linux:
https://archived.forum.manjaro.org/c/technical-issues-and-assistance/5

Try to put it in the correct category if you have an idea of what is wrong, or if you you need a little more hand holding and more step by step help because you are new to linux then post your question here:
https://archived.forum.manjaro.org/c/newbies/12

@cbDejaVu That was very helpful to me.

I am having some issues with vlc, Firefox and Chromium not starting, and other chromium based browsers (I have tried Vivaldi [AUR], and Brave) which Work for the most part, until you try to download anything, at which point they both crash

More details, logs and my specs in my forum post: Most browsers crash after the latest stable update (also vlc)

Everything was fine before this update, and I have tried Reinstalling them, as well as trying a newer kernel, neither of which fixed it

I posted this on reddit as well, and a commenter there said I should try to make a post in this thread as well, because you might already have a solution.

Cursor positioning in terminal is broken.
No matter if I use Konsole, XTerm or integrated PhpStorm terminal, the cursor looses the start and end position when the line gets longer (not speaking about linebreaks, only like 50 chars, unfortunately its is not a fixed number). So pressing POS1 it is not positioned at the beginning but at positon 16. Pressing END it is positioned 16 characters behind he actual end of the line.

I remember having a similar effect with accidentally using proportional fonts, but this is not the case now.

Firefox default issue now fixed for me. No other issues. Thanks to everyone.